This blog was written by Roger Di Silvestro, a field correspondent for Ocean Conservancy.

Have you ever seen a cartoon or advertisement that showed penguins and polar bears cavorting together in the snow?

On the flip side, have you ever seen a documentary film that showed penguins and polar bears together in the wild? Didn’t think so, since they live poles apart. Nevertheless, not everyone (advertisers included) understands the difference between Antarctica and the Arctic. Here are eight ways to tell them apart.

1. The Arctic is the area that lies north of the Arctic Circle (66 degrees 33 minutes north, for GPS buffs). The circle more or less marks the southern extent of the region that experiences 24 hours of sunlight in summer, and 24 hours of darkness in winter; it also marks the area where the average temperature for July, the area’s warmest month, is below 50 degrees Fahrenheit. The Antarctic lies south of the Antarctic Circle and is surrounded by the Southern Ocean.

4. The Arctic Ocean accounts for more than five million square miles of the Arctic region. During much of the year, the Arctic Ocean is covered in sea ice that can exceed six feet thick. The Arctic is therefore a watery realm, fed by waters from the surrounding seas as well as by large rivers, such as Russia’s Lena and Canada’s Mackenzie. The Arctic Ocean has an average depth of 3,240 feet and a maximum depth of 18,050 feet. 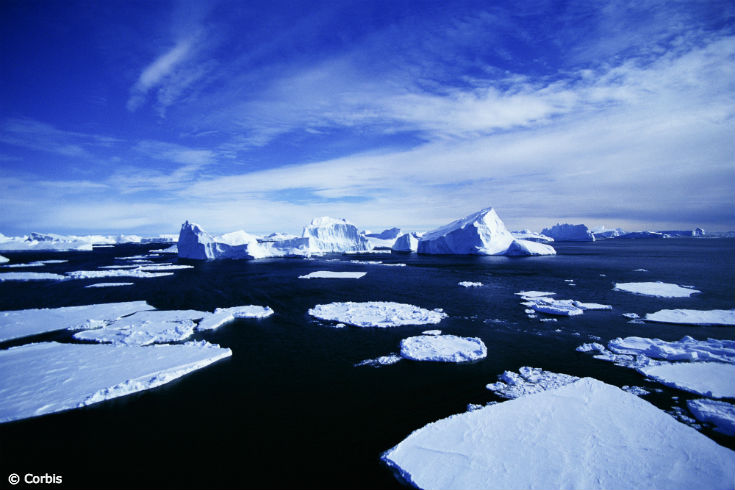 6. Freezing temperatures and long stretches without sunlight limit plant growth at both poles. The Antarctic is home to only three terrestrial flowering plant species—Antarctic hair grass, Antarctic pearlwort and nonnative blue grass. Most of the plants in the Antarctic are mosses, liverworts, lichens and fungi. 1,700 different species of plants that grow in the arctic tundra (arctic and sub-arctic).

One problem for polar plants is that neither region receives much precipitation. The Arctic gets an average of less than 20 inches of annual precipitation, and the Antarctic is functionally a desert—the area around the South Pole gets six inches of precipitation in an average year.

7. Compared to the Antarctic, mammals abound in the Arctic on seasonal sea ice. The polar bear, the largest terrestrial carnivore in the world, hunts on the sea ice in winter, and summers on land where it fasts or leavens its diet with plants and other foods, including carrion. The polar bear does not live in the Antarctic. The northern reaches of the globe also are home to wolves, arctic foxes, snowy owls, ptarmigans, wolverines and ground squirrel species, as well as marine species such as walruses, whales and various seals and sea lions. The area also is a breeding ground for many migratory waterfowl species. 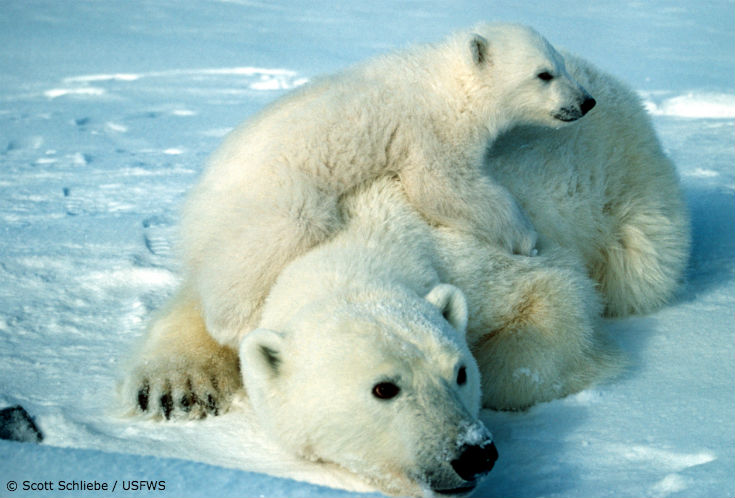 The Antarctic lacks many of these animals, but what it does house is impressive. Consider the southern elephant seal, one of the largest pinnipeds (the group that includes seals, sea lions and walruses). Adult males grow to about 19 feet long and average about 7,000 pounds. The Weddell seal, another native species, has the southernmost range of any seal, showing up at 77 degrees south in McMurdo Sound. It ranges throughout marine waters around Antarctic, maintaining its bulk of up to almost 1,400 pounds by eating an array of fish, krill, squid and other sea animals. The Antarctic is home to several penguin species—birds that don’t live north of the Equator, let alone in the Arctic. They feed on sea life and are preyed upon by the leopard seal, a relative of the Weddell’s. The ocean surrounding Antarctica produces vast quantities of krill, which feeds creatures ranging from whales to penguins to fish.

8. Humans have lived in the Arctic for thousands of years. The Antarctic, surrounded by rough, forbidding waters, was never seen (as far as history knows) by humans until 1820, and no human set foot on the continent until 1821, when an American seal hunter John Davis debarked from a ship near Cape Charles in West Antarctica. However, Davis’s claim to fame is contested—some historians maintain that the first documented visit by humans occurred at Cape Adare in 1895. Either way, human arrival on the fifth-largest continent is a recent development. Today, some research stations are active in the Antarctic. Various treaties protect the continent and its oceans from exploitation, to one extent or another.

The Arctic is not so lucky, so an international scramble to lay claim to parts of it and its natural resources, such as its abundant oil reserves, is sure to arise as winter sea ice continues more than 30 years of shrinking at a rate of three to four percent per decade. Such trends suggest that the Arctic, where temperatures are rising at more than twice the rate of the global average, may be free of summer sea ice within the next 30-40 years.